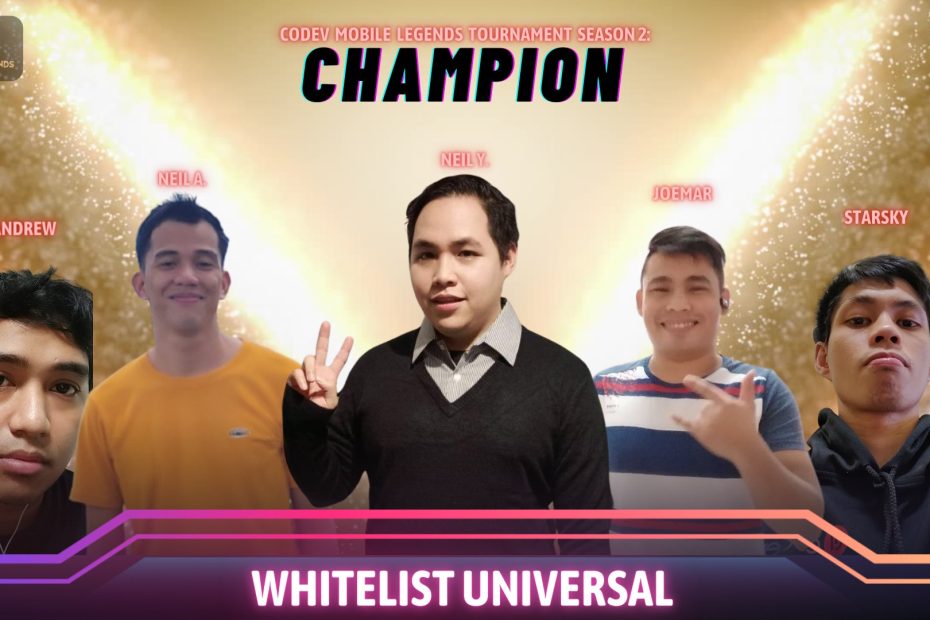 CoDev held its second annual Mobile Legends Tournament last April 9, and suffice it to say, it was absolutely legendary! Fifteen teams battled it out for supremacy, but in the end only 4 teams made it to the finale: Whitelist Universal, The Goys, Quarantine, and A Team.

Each team was made up of 5 CoDev team members, and after several grueling rounds, Whitelist Universal was declared champion, followed by The Goys, and semi-finalists Quarantine and A Team. The champions received a cash prize of Php5,000, the runner-up team received Php3,500, and the 2 teams that reached the semi-finals received Php2,500 each. An MVP who received a cash prize of Php1,500 was also named: Joemar Calago from the champs team, Whitelist Universal.

Each round had its own fair share of exciting developments, but none more so than the semi-final and final rounds. You can watch the games back in full here:

The Goys vs. Quarantine

Whitelist Universal vs. A Team

The Goys vs. Whitelist Universal

This is only the second season of CoDev’s Mobile Legends Tournament, so there will definitely be more to come. Check back on our blog, our Facebook page, or subscribe to our newsletter to get the latest updates, job openings, and happenings here at CoDev!