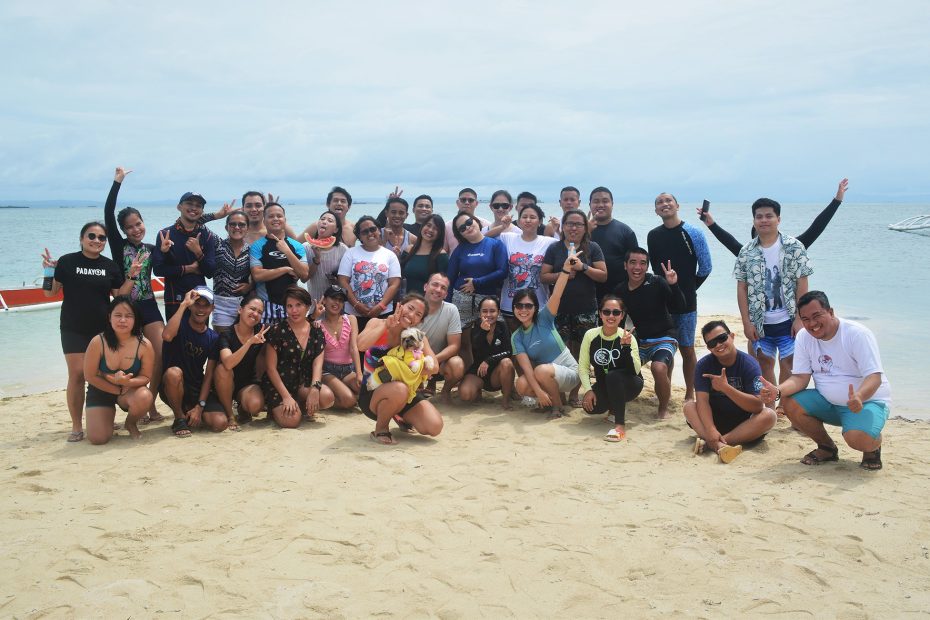 Over a year after becoming CoDev’s CEO, Landon Essig was finally able to come and visit some of CoDev’s offices here in the Philippines! He stayed in the country for around 2 weeks, meeting CoDev team members at the Makati, Ortigas, and Cebu offices. Landon’s first visit primarily consisted of crucial in-person meetings, but he was also able to spend some time with team members on a few recreational activities.

It’s been a longstanding practice for the CEO and other members of CoDev’s team in Utah to come and visit the teams in the Philippines at least once a year. Because of the pandemic and the travel restrictions this has caused however, Landon could not come to the Philippines until recently.

First on Landon’s agenda was of course meeting up with CoDev’s corporate team members. After landing in Manila he met up with CoDev’s managers and talent supervisors in CoDev’s Makati and Ortigas offices. He then proceeded to Cebu, where the majority of CoDev’s corporate and client-facing teams are located. There he was able to conduct several more meetings and learning sessions, and catch up with some of the Cebu team members, many of whom had been previously affected by Typhoon Odette, and were assisted by CoDev during and after the disaster.

During the learning sessions, Landon was able to share some of his core values and experiences with the rest of the team. These included mantras like, “YAGOTTAWANNA be the best you”, stressing the importance of growth and development in all stages of life, and looking beyond oneself to see how you could help others become their best selves. These are among the values that Landon hopes will be applied at CoDev at least in some way, as he believes these are foundational to success.

Fun in the Philippines!

Of course a first trip to the Philippines would not be complete without some sightseeing and fun, and Cebu certainly has plenty of both. Landon was able to take a tour of the city, including the historic Basílica Menor del Santo Niño de Cebú, the Yap-San Diego Ancestral House, Fort San Pedro, and the breathtaking Sirao Garden. He was also able to take in some of Cebu’s finest cuisine and delicacies, as well as Cebu’s stunning beaches through an island hopping trip with some team members.

Landon’s first trip to the Philippines was not only productive, but inspiring and memorable as well. The entire team looks forward to his next visit, which will hopefully include the other offices in Bacolod and Davao.

Want to learn more about CoDev and why you should work here? Take a look at our job openings now at careers.codev.com/job-list